So it appears a total solar eclipse is not as rare an occurrence as I thought. One occurs somewhere in the world every eighteen months, so in theory you could make quite a career out of following in the moon if that was your thing. I watched NASA’s eclipse coverage yesterday and once again marveled at the astounding beauty of nature and our world. The view from the Space Station was particularly magnificent to see. I also wondered what the ancients must have thought as the world went black for a good two minutes. The gods/God must have been very angry indeed.

In honour of the occassion, I hunted around for a book to review with Eclipse in the title and racked my memory for eclipse-centric books from my childhood. While there are many that deal with “teaching” children about the phenomenon I was more interested in it as a plot point or a symbolic device. I admit my findings are barebones; there’s somewhat of a gap in this area, making me think that it might be fun to write a novel where an eclipse plays a central role. How I’m not sure yet but with NANoWriMo approaching I’m certainly tossing a variety of plots around. Maybe someone who does follow the moon around?

So here’s the titles I remember reading which either have eclipse in the title or have an eclipse as a plot point of some sort.  The first three were more recent reads, the latter three from my teen years. 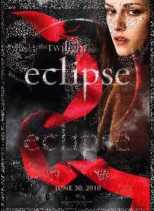 1) Eclipse by Stephanie Mayer – yes, I know you were all thinking it, and waiting for me to bite the bullet and talk about it. So, yes, number one most commonly known.  While I can’t speak to it first hand (I didn’t get past the beginning of book two) the Twilight wiki claims that the title refers to Jacob calling Edward an eclipse when Bella says Edward is her personal sun. Now that I can get on board with if the first book was anything to go by. Once Bella met Edward she ceased to exist. He eclipsed her. But that’s another rant all its own, so lets move on.

2) Eclipse by Andrea Cheng is the story of a young Hungarian boy growing up in 50’s America. It’s a coming of age story as he must learn to stand up for himself and find a sense of self-worth. The story is not long but I imagine the title refers to how he escapes to the library to read about everything, including eclipses.

3) In the Path of the Eclipse by Stephen King – okay a bit of a cheat here. King did not release a book of this name but according to the Stephen King wiki (sense a pattern here?) it was the original title for what eventually became Delores Claibourne and Gerald’s Game. While I don’t remember Gerald’s Game I do remember that Delores carried out her “plan” during an eclipse.

4) The Secret Mountain by Enid Blyton – while I was enamoured by Enid Blyton as a child (she too will be featured soon) it was her Adventure Series I loved the most. I remember the plot of this one, much as I vaguely remember some of the Secret Seven plots. As an adult reader, I can now see the tremendous colonial mentality at work in this book as the family manages to escape from an African tribe by claiming they will “kill the sun” if not released.

5) Connecticut Yankee in King Arthur’s Court by Mark Twain – Our hero, Hank, performs a miracle and blots out the sun in the chapter entitle “Eclipse”. I love Twain!

6) Macbeth by William Shakespeare – I’ve been teaching this play for the past 10 years and I love it more and more each time I read it. At the beginning of Act II Ross says “by the clock, ‘tis day/And yet dark night strangles the travelling lamp:” – a wonderful example of pathetic fallacy as Macbeth prepares to kill Duncan (darkness taking over etc.).

Finally, no eclipse list (even this short one) would be complete without the magnificent Ladyhawke. Yes, not a book, but too good not to mention. Cursed by the evil bishop for the sin of falling in love, Isabeau and Navarre are eternally together, forever apart. By day she is a hawk and he a man, by night he is a wolf and she a woman. At dawn and dusk they can almost touch before they are ripped apart. What they need is nighttime during the day… While the 80’s music has not stood the test of the time, the story is beautiful and Matthew Broderick is at his charming boyish best. This will always be a close-to-my-heart movie.

So obviously not all of the above are considered children’s books (or plays or movies), but then, I never defined my personal childhood bookshelf as containing books adults think are suitable for children. My childhood bookshelf was always comprised of what I was interested in reading, regardless of what was considered appropriate. I read anything and everything in my house when I was growing up, so don’t be surprised to see V.C. Andrews and Agatha Christie show up in the near future.